Or as Anne Summers puts it: 'Go at it hard and fast with a pounding drum 'n' bass track or chill with ambient classic.'

Apple demanded that the retailer withdraw the ad or face legal action.

'Perhaps I can send them an iGasm to put a smile back on their faces!,' she quipped.

It is not the first time that the sex toy industry has left Apple a little frustrated. It has also objected to ads for the iBuzz, a product not dissimilar to iGasm.

The instructions were very clear:
“Upon arrival go to the British Airways counter and ask for an envelope addressed to Mr. Kôr.”
He took the lift to the first floor where the departures lounge was located and almost 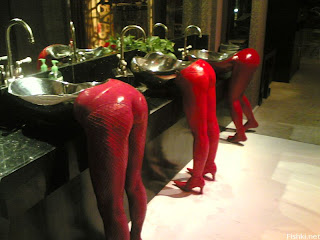